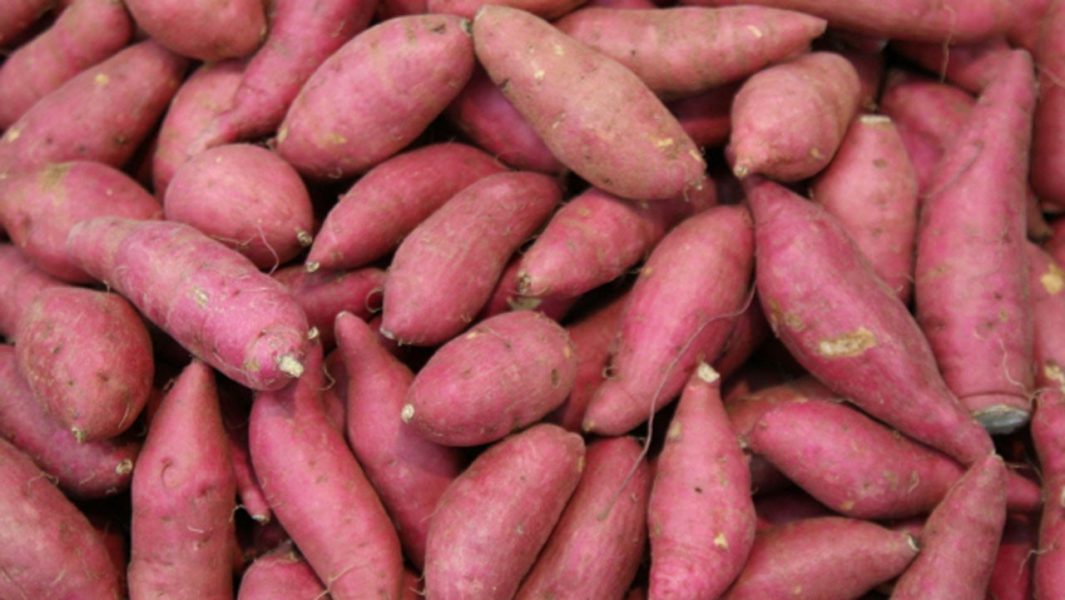 The crisis has hit the supply chain really hard, affecting the flow of agro-commodities. People are too scared to visit the crowded food markets and we have no choice but to accept whatever price we are being offered.

Seyi Ajibare laments the impact of Covid-19 on her thriving agribusiness in Osun state, southwestern Nigeria. Seyi is a young female farmer specializing in the orange-fleshed sweet potato (OFSP).

Nigeria is known for its high production of root and tuber crops, such as cassava, yam and potato. The nation is one of the leading producers of potato in Sub-Saharan Africa, with an annual production of about 1.3 million tons per annum.

OFSP is one of the improved potato varieties that have been developed by scientists to enable farmers to scale up their yields and income. Since its introduction in 2015, many small- and medium-scale farmers like Seyi have adopted OFSP due to its multiple benefits, including high nutrition and health values, high yield, and growing demand among health-conscious consumers.

Seyi’s adventure into OFSP farming was inspired by some of the success stories shared by Olumide Iyanda, another young farmer in Ogun. Consequently, she started her potato farm on three-hectare farmland, aiming to generate a good return on her investment.

Like other sweet potato varieties, OFSP contributes to improved food security, and can therefore help address hunger and malnutrition. Seyi attributes the wide adoption of OFSP to its ease of planting, and the ability to grow on any type of soils with high output per unit of land. Added benefits, she explains, include high yields despite the low production costs, and early maturity of the crop. Farmers can harvest two crops a year, at around 4–6 tons per hectare. Each planting cycle lasts between three to five months.

However, the disruption caused by measures to contain the spread of the Covid-19 pandemic is limiting business opportunities for OFSP farmers. The crisis has also exposed existing gaps in the potato value chain as a whole, such as a shortage of certified OFSP seeds, and inadequate storage and processing facilities.

Seyi was getting ready to harvest her bumper crop in late March when the Covid-19 lockdown was announced. She was unable to transport most of the harvested potatoes to the large informal markets in Lagos, as planned.

Another market outlet has been disrupted by the closure of schools, she adds. “My potato farm is situated close to a university, so the staff and students patronize us regularly. But since schools have been closed, sales have declined,” she says.

Seyi now sells a bag of OFSP (which often ranges between 5,000–10,000 Naira per 100 kg bag in open markets) for less than half of the normal pre-crisis price. “Most storage facilities in my region have already been filled, leaving me with no option but to accept given prices by the consumers.” Moreover, her farm activities have been crippled by a labor shortage, as local laborers are hesitant to leave their homes amid the repeated messages about keeping social distance.

As a means to maintain her potato farming business, Seyi is hoping to adopt new technologies, and explore value addition through potato processing and preservation, even as she strives to identify other sustainable market opportunities.

In the meantime, OFSP farmers can only hope that interventions from the potato farmers association of Nigeria (POFAN) will be quick and adequately distributed.

This article is part of Covid-19 Food/Future, an initiative aiming to provide a unique and direct insight into the impacts of the Covid-19 pandemic on national and local food systems. Central to our approach are the experiences of young, urban and peri-urban farmers, street vendors and informal retailers, and low-income consumers. ThinkTank for Sustainability (www.tmg-thinktank.com), or on Twitter @TMG_think. Funding for this initiative is provided by BMZ, the German Federal Ministry for Economic Cooperation and Development.